Atacanter Horseboxes are pleased to announce the sponsorship with Nicola Naylor Dressage.

An championship international Para Dressage rider, Nicola went totally blind in her early 20’s and gave up riding completely. When her daughter’s riding instructor suggested that she try dressage, after 32yrs out of the saddle, her love for riding re-ignited.  Since then Nicola has competed on the British team and won international and national para competitions.  She has also successfully competed at small tour level against able bodied riders and won regional and national titles.

Due to the difficulty & shortage of finding enough HGV drivers, Nicola decided to look at other options and decided a 3.5 tonne horsebox was the solution. We are pleased to say that Atacanter & Theault were able to accommodate her needs. Nicola has placed an order for a new Theault and we have temporary leased  Nicola a horsebox to enable her to continue training and competing while [...]

We have been pleased to support Caroline Moore and Ros Canter during their recent 4 to 4* tour promoting their exciting lecture demos.  They revealed the secrets of their success when taking a horse from the early stages of training, through competing at grass routes 1*, Intermediate and right through to 4* Advanced stage. 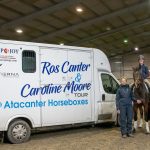 We are pleased to add to our HIRE FLEET a NEW PROTEO 5 SEATER BREAST BAR MODEL with Anti-weave grills. Hire the safest two-stall Theault horsebox on the UK market. An economic horsebox, up to 30mpg and easy to drive: ideal for a family travelling with their horses. The ramp is so light and the partition and doors are so easy to move.

Our horseboxes are used widely by transporters and professional clients due to the strength and stability of the vehicles, ensuring that your horse has 1st class travel.

Please call 01487 840448 or use our on-line booking service to check availability. Available for hire from our Pidley branch only. 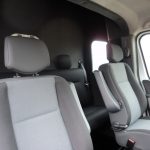 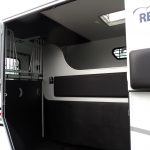 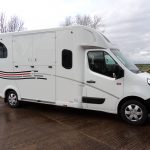 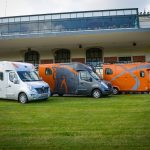 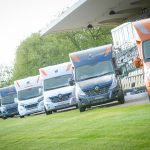 All Renault & Peugeot trucks are now being built on the Euro 6 chassis.

The advantages are a major reduction in CO2 polluting emissions & reducing consumption, as well as improving overall vehicle performance. These changes contribute to a new & exciting driving experience.  The Renault Master comes fitted with the Eco mode system. This operates in conjunction with the Stop/Start system which automatically stops the engine when the vehicle is waiting at a traffic light. 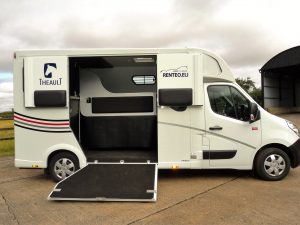 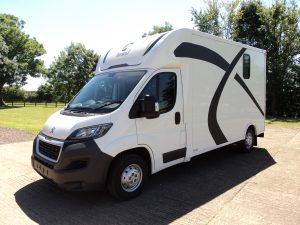 Bookings for horsebox hire can be made on line at your convenience. We are the first rental company to offer this service with 6-8 vehicles in our fleet. 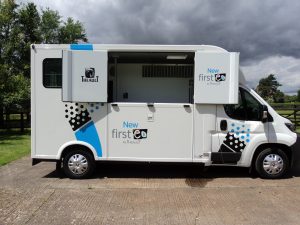 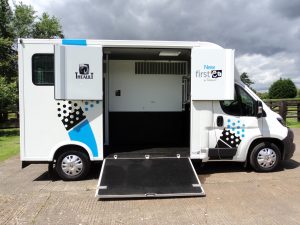 Join us at the Tattersalls Breeze-up sale

Are looking for a brand new registered Theault horsebox?   We have stock currently available, for delivery in March. 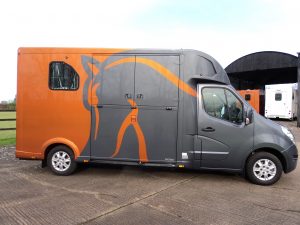 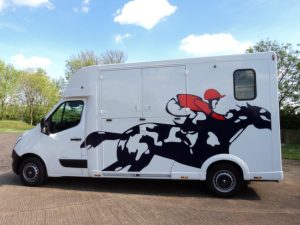 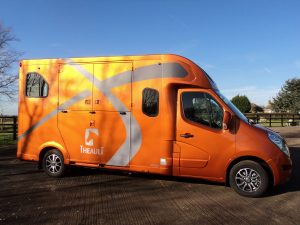 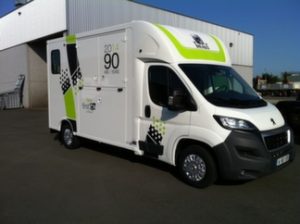 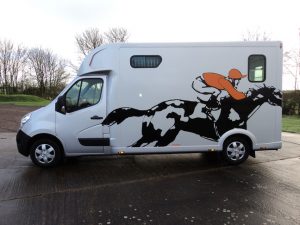 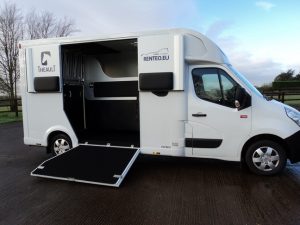 Have you booked your Horsebox hire for your forthcoming events?

If you are considering hiring a horsebox from us for your up and coming events, please do not hesitate to call or email us now, to secure your booking. With an increase in demand for the season coming, bookings are now being taken.

On hire and transport to the St Moritz White Turf event

Its’ not only the UK that our horseboxes are located. Our clients travelled to and attended the The St Moritz White Turf event recently, an annual horse racing festival in the snow. Well done, a great achievement…..SECOND PLACE. 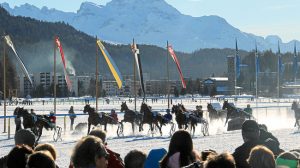 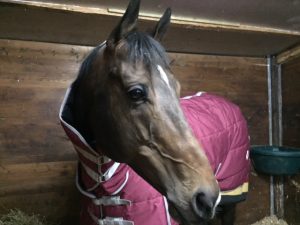 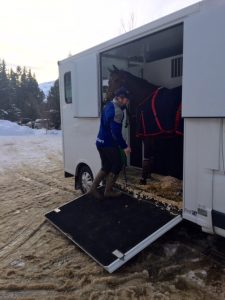 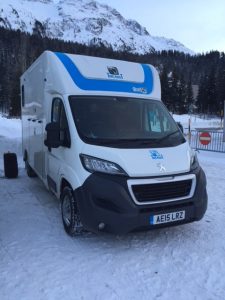